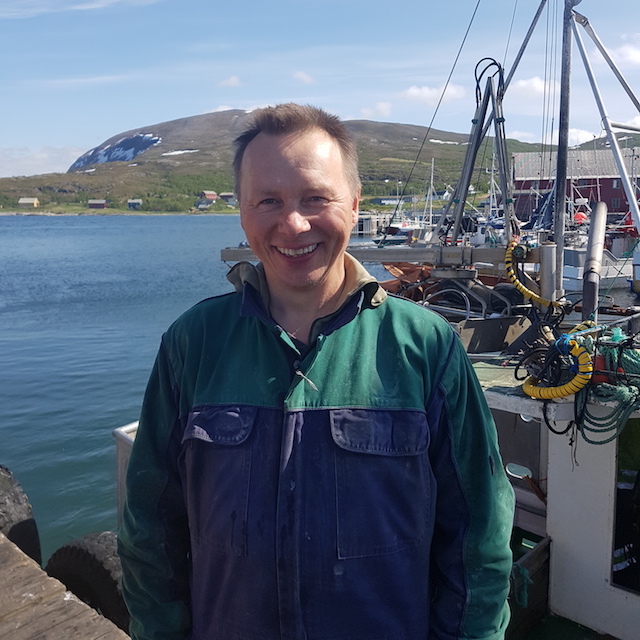 Arnt is from Altneset. He has been a fisherman for 40 years, but occasionally, when he had time, he has been farming. Also, Arnt has been doing some fish farming. But at the end, he finally went back to fishing in the Barents sea. All year round, Arnt fishes cod and halibut. In summer time he often switches to wild salmon, which he says is very good when smoked. In spear time he spends his time with his family fishing in the freshwater lakes of Finnmark.